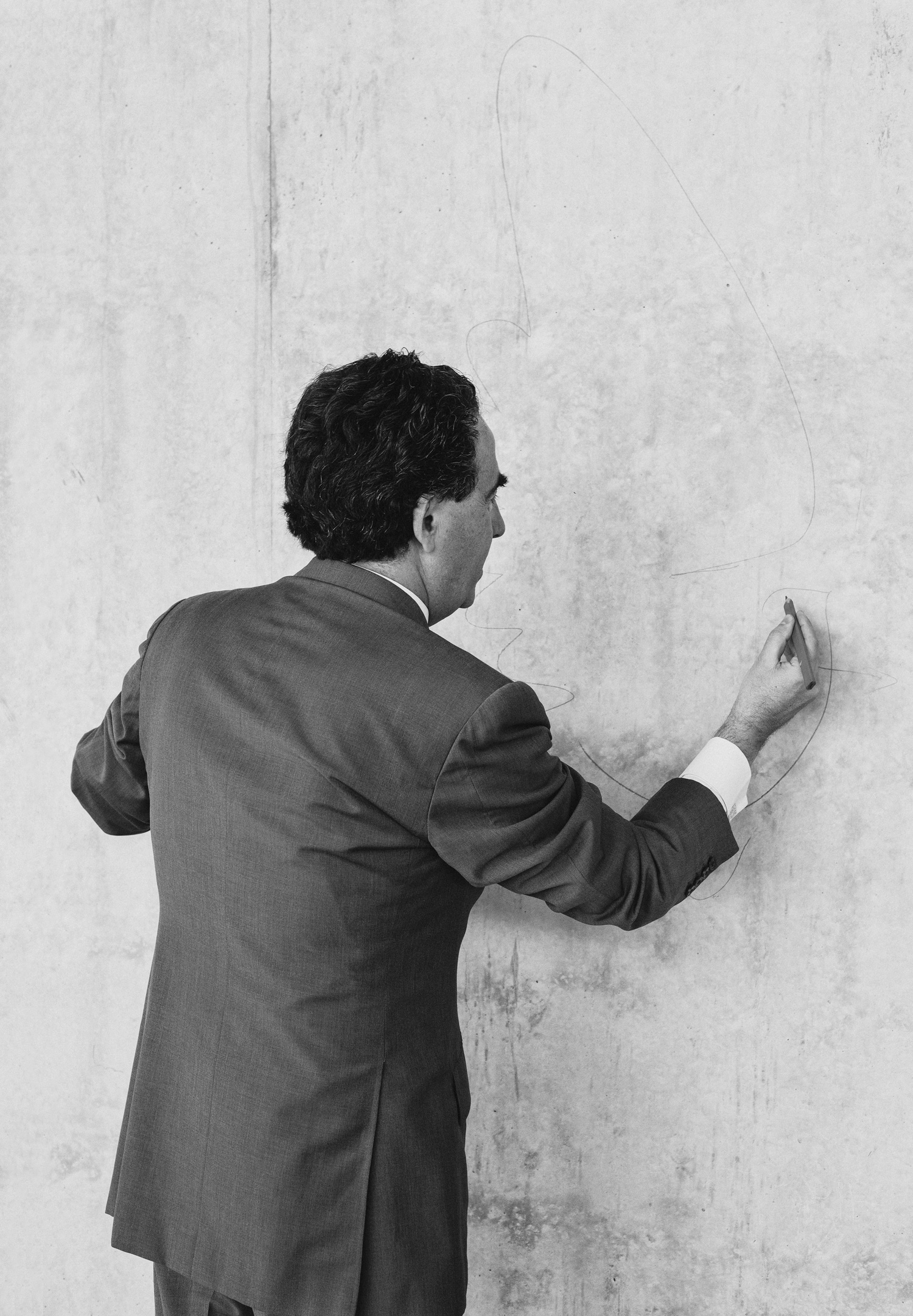 Mr Calatrava is a Spanish architect, sculptor and structural engineer whose principal office is in Zürich, Switzerland. He has offices in Zürich, Paris, Valencia, and New York City (where he now resides).  His work stretches from all around the world, and his trademark – if you could say that – is his sweeping, out-of-the-world futuristic lines.

This photo shoot was taken place in one of his latest building; The Florida Polytechnic University in Lakeland, Florida.
I arrived early in the morning at the building site and it was already very hot. On the other hand the light was to die for inside this concrete construction.
Mr Calatrava arrived in a black car and immediately people were flocking around him as the celebrity he is. Of course this created some challenge for me as I had to have Mr Calatrava in the picture by himself. To be able to take this photograph I had to boss around the crowd a bit, and they reluctantly moved out of the field. My idea was to position Mr Calatrava in his shiny dark blue tailored suit against the raw concrete. I managed to ask one of the workers for a vintage carpenter pen and put in Mr Calatravas hand.

As Mr Calatrava is an artist himself, he fully understood my suggestion of him drawing something directly on the wall.