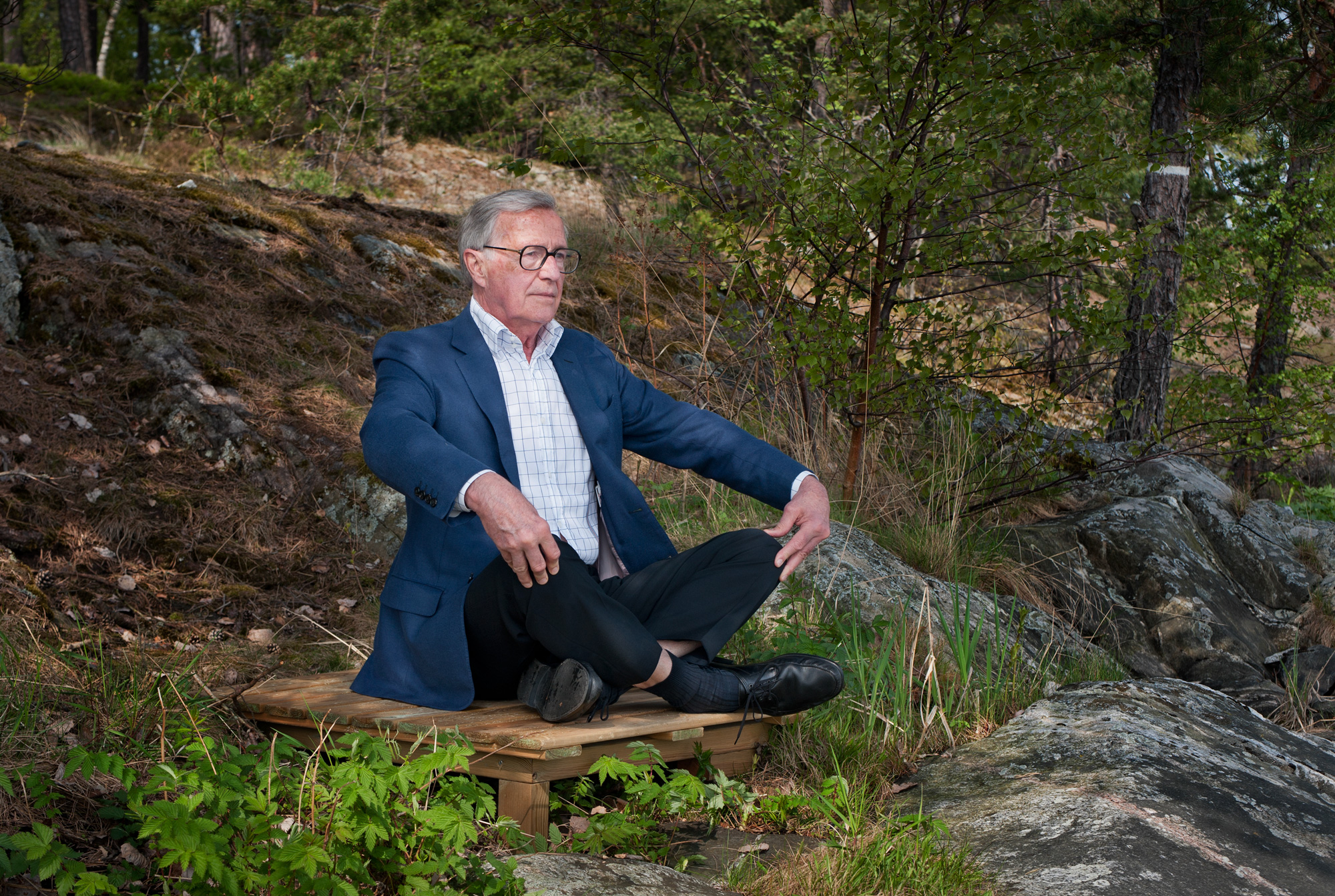 About Mr Söder
The man who brought us a different way of staying at a hotel. A visionary, ambitious and passionate about everything hospitality. Mr Söder started off as a commis (sort of piccolo), from there to work as purser (and other managing jobs) at Scandinavian Airlines, but moved quickly into the hotel business and ending up starting up several hotel chains. His latest project is The Winery Hotel (www.thewineryhotel.se).

About the photoshoot
This is one of many opportunities I have had to take a portrait of Mr Söder over the years. I like this one. At the time for this portrait, Mr Söder and his family owned Blue Hotel, a conference hotel just outside central Stockholm. We walked around the premises to look for a good spot for a portrait shoot and ended up on this euro pallet, placed here originally to serve as a yoga platform for hotel guests. Mr Söder did his best to interpret a traditional yoga position, not bad for anyone who pushing eighty. All I had to do was to press the trigger.