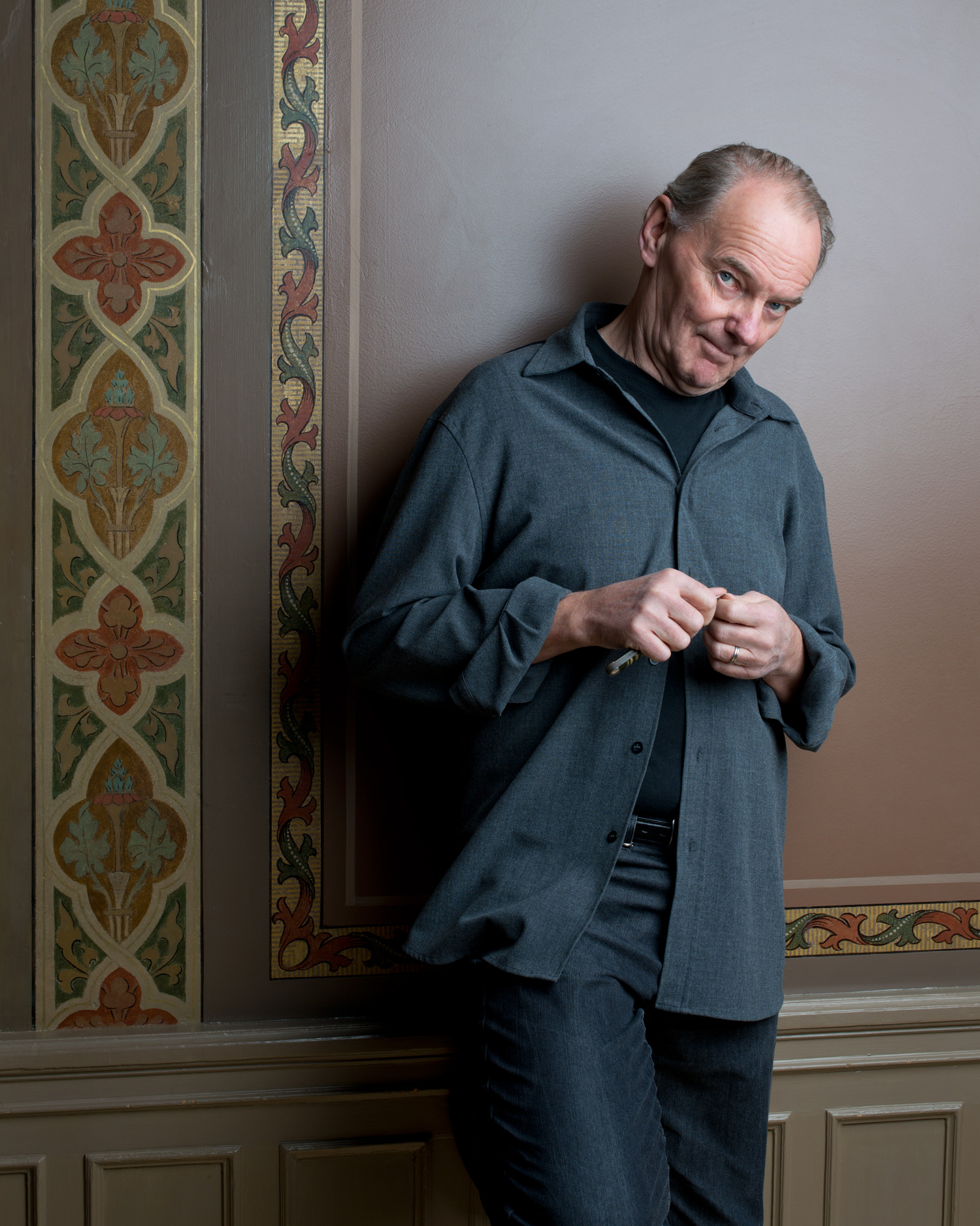 About the photo shoot
For this shoot I brought assorted clothes and props and had a clear view of what I saw before me. The inspiration came from a picture of James Dean as he leans against a wall with one leg as support against the wall. I hand over an old vintage pocketknife to Mr Granath’s and asked for a bit mischievous grin.
During a break, we sat with a coffee and Mr Granath told me about the life as an actor on stage and in television.